How does CBD and THC Help Cancer Patients to Fight Back

No one can deny the fact that the landscape of medical marijuana is experiencing rapid expansion. Cannabis preparations have seen a lot of use in medicine for many years, and now, their therapeutic properties have generated a strong renaissance in scientific studies of the plant.

Most of the controlled clinical trials that render support for the medical use of cannabis or marijuana (as many people call it) were conducted with a single extract of cannabis sativa or with purified cannabinoids containing an equimolecular proportion of CBD and THC.

There is increasing evidence that shows cannabinoids found in marijuana slows the growth of cancer. The plant also prevents the ability of new blood cells to form and encourage the growth of a tumor, as well as helping in managing pain, nausea, fatigue, and other side effects. Today, medical marijuana has shown there is a close relationship with CBD oil and cancer, and many patients are willing to be part of this supplementary healing process.

It is vital that we distinguish between CBD and THC. Tetrahydrocannabinol (THC) is an active and very sensitive cannabinoid in cannabis, which causes someone to get “high” when you ingest or smoke it. But, as for CBD, the reverse is the case. CBD doesn’t intoxicate or causes a high in its users, and as a result of its non-intoxicating properties and promising medicinal benefits, CBD is also a recommendation for treating chronic pain and anxiety.

CBD or cannabidiol is among a wide variety of cannabinoids found in the cannabis plant, something that is gaining increase fame in the world of natural medicine. While there has been some debate regarding the effectiveness of CBD, many people suggest using it as part of cancer chemotherapy or such other cancer treatment. Reason is, the initial results that emanate from small studies performed on cancer cells are promising.

While these findings are not at all conclusive, experts believe that CBD may help in managing symptoms typical of cancer or its treatment.

There is mounting evidence suggesting that cannabis and CBD therapies may complement the treatment of cancer. It does this by helping people with cancer in:

Many people living with cancer who are undergoing treatment usually experience cases of nausea and outright loss of appetite. Due to these symptoms, such persons can find it challenging to maintain a healthy weight.

Cannabis that is ingested to provide THC or CBD to the bloodstream can help to boost the victim’s appetite.

Patients that have cancer and its treatment can experience pains because of the inflammation associated with the diseases. Also, nerve injury or pressure on the internal organs can also lead to serious pains in cancer patients. Severe pains induced by cancer and its treatments can make them resistant to opioids-powerful pain relievers.

But CBD works indirectly by affecting the CB2 receptors that can bring about far-reaching pain relief by way of reducing inflammation.

On the other hand, THC (the ‘high’ side of cannabis) can help in reducing nerve-damaging pain when ingested to work on the patient’s CB1 receptors.

Cannabinoids such as CBD can also come handy for a person that suffers from cancer symptoms like nausea and repeated vomiting. Most notably, this is the case when use to ameliorate the side effect of cancer chemotherapy.

However, the most useful ability of cannabis to work against nausea for the cancer patient seems to come from the use of THC, compared to CBD. What this entails is that, if you are preparing to try cannabis in treating your cancer, be ready to feel the psychoactive effects of THC available in recommended marijuana products. Be sure that you discuss them with your doctor.

Many patients who suffer from these cancerous symptoms find help in consuming low prescription doses of THC.

How Factual Is The Claim For CBD Cancer Prevention?

The relationship between marijuana and cancer has received widespread reviews and studies. Many studies linking cannabis and cancer has been reviewed by the National Cancer Institute (NCI), with mixed results in the research.

A dated study of 64,855 United States men discovered that the use of cannabis did not accelerate the risk of cancer caused by tobacco usage. But, the same study also found that men who use marijuana and never smoked tobacco had a slightly increased risk of contracting prostate cancer.

In a 2015 research, the authors found that there was a promising relationship between marijuana and cancer of the bladder. The result further discovers that people who used cannabis have a 45% lower risk of getting bladder cancer.

No doubt, findings have demonstrated that smoking cannabis produces carcinogens, but it is also a fact that the link between inhaled cannabis and cancer is not conclusive.

While there is no current extensive clinical trial investigating the usage of marijuana or cannabinoid for the treatment of cancer, small based-studies exist, but most of it is still in the early stages.

Researchers in 2016 that were looking into CBD oil and cancer found that there is a promising health potential of using cannabinoid to fight against cancer. The researchers discovered that when cannabinoid is used, it stalls the cells of different types of tumors in both animal models and test tubes.

However, the study also found that some types or dosage of cannabinoid might suppress the immune system, which in turn might allow tumors to develop unchecked.

While CBD and THC have shown a significant result in helping to tackle the symptoms of cancer, more research and in-depth findings are necessary to authenticate the possible relationship between marijuana and cancer.

CBD has proven to be a stable compound in helping to resolve some of the symptoms associated with cancer. But, we must also accept the fact that no scientific result has exclusively concluded that CBD can be an effective cancer solution.

Until more research are done, cannabinoids-whether CBD or THC-will continue to maintain their place in complementary treatment. Always ensure you talk to your doctor before embarking on the use of any cannabinoids. 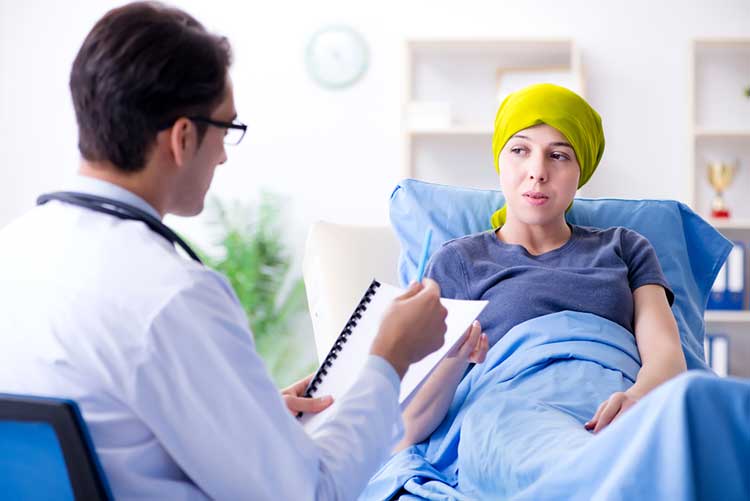 A cancer diagnosis, be it for yourself or for a loved one, is a very difficult thing to navigate. There are so many things you will have to consider regarding treatment options and potential outcomes – the diagnosis is just the beginning of a fight that will require all of the resources you have available to you to get through.

One resources available to cancer patients is medical cannabis. You may have heard that cannabis can help patients with cancer, and it’s true! But the question is how cannabis might help you.

Can Cannabis Cure or Prevent Cancer?

There has been some evidence that suggests that cannabis can inhibit the growth of many types of tumors, in vitro. This however has not been definitively proven on a large scale, and more studies are needed. At this time, cannabis is not considered a cure or cancer prevention tool. However, a study in 2015 suggests a positive correlation between cannabis use in males and a decreased risk of developing bladder cancer.

What Can Cannabis do?

Cannabis can help relieve many of the symptoms associated with cancer and its treatments. Including pain, nausea, loss of appetite, and symptoms of depression or anxiety commonly experienced by patients diagnosed with cancer.

Cancer and its treatment can leave patients in pain. This can be due to inflammation, pressure on internal organs, or nerve injury.

Other studies have found that the use of cannabis for pain management resulted in a decreased need for opiate pain medication.

One of the most troublesome side effects for many cancer patients is persistent nausea. It is often accompanied by vomiting. This is especially true if you are going through chemotherapy.

A study published in the British Journal of Pharmacology in 2011, Regulation of nausea and vomiting by cannabinoids found, “Both preclinical and human clinical research suggests that cannabinoid compounds may have promise in treating nausea in chemotherapy patients.”

It is believed that the anti-nausea effect comes from the THC in cannabis, rather than from CBD.

Cannabis has been found not only to help with symptoms of nausea, but also to stimulate the appetite unlike other anti-nausea drugs.

There is no doubt that a cancer diagnosis can lead to depression or anxiety, in addition to all of the damage it does to your body it also messes with your head. Cannabis has been found to relieve symptoms of depression.

While cannabis alone is not a treatment for cancer as of yet, used in combination with other treatments it can help make you more comfortable throughout the process- both physically and mentally. If you have any questions or would like more information about how medical cannabis may benefit you or a loved one, contact us today.

How Cannabis Can Provide Relief For Chronic Pain

There are no referrals necessary to book an appointment with one of our physicians.

Cannabeta, the international review of meetings dedicated to medical cannabis 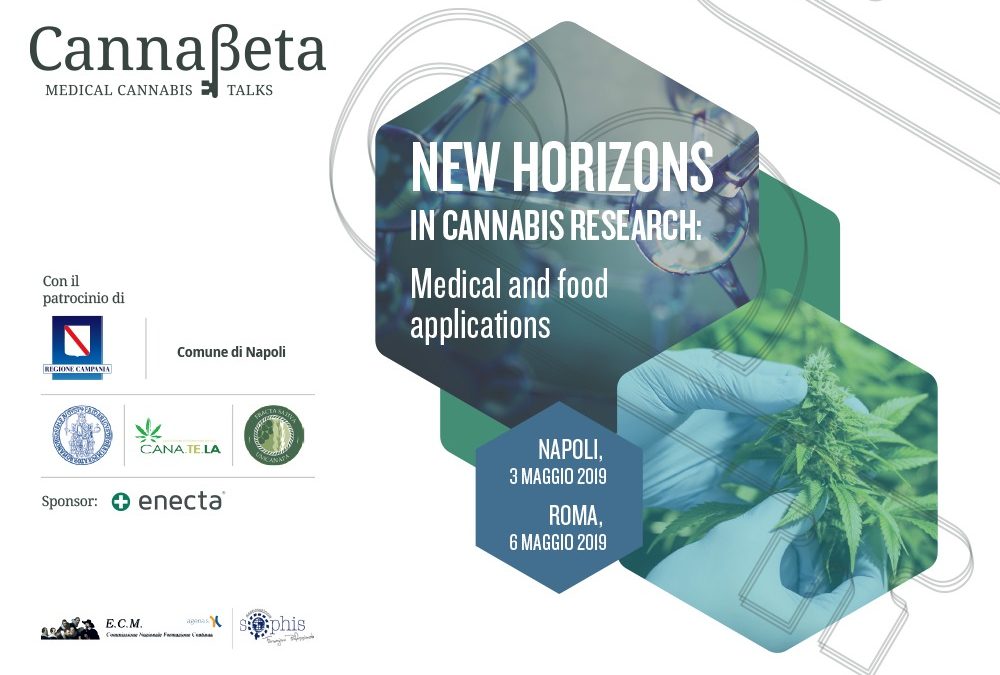 In Naples and Rome national and international experts discuss Medical and Industrial Cannabis presenting the latest research results within the review Cannabeta.

This is the title of the conference, which will be held on May 3rd, at the University of Naples Federico II, in the SS. Marcellino e Festo Complex, at the third edition of Cannabeta, an international review of meetings dedicated to medical cannabis.

The initiative, for the first time in Italy, will focus on research issues in the medical cannabis sector, and will discuss new and possible applications in oncology, pain therapy, epilepsy and neurodegenerative disease fields.

The reports of Prof. Raphael Mechoulam of the Hebrew University of Jerusalem, attending in video conference, and of Prof. Vincenzo di Marzo, ICB-CNR (Institute of Biomolecular Chemistry – National Research Council) of Pozzuoli, will inaugurate a day dedicated to the debate between experts and to the professional updating for doctors and pharmacists.

The Conference was organized in partnership with the Department of Pharmacy of the Federico II University of Naples and with the social promotion associations Canapa in Terra di Lavoro and Fracta Sativa UniCanapa.

The event is sponsored by Enecta, and will continue on May 6th in Rome at the Department of Chemistry and Pharmaceutical Technologies (Building CU019) of the Sapienza University of Rome, where topics will be mainly dealt with regard to the use of hemp for industrial purposes and its applications in the food sector.

The reports by experts in the field will allow a comparison on a highly topical issue. Promoter of the Rome conference, the Department in partnership with the Department of Agricultural and Forest Sciences of the University of Tuscia, the Institute for Biological Systems of the CNR of Rome and the Canapa Live association.

More information can be found on the website cannabeta.eu